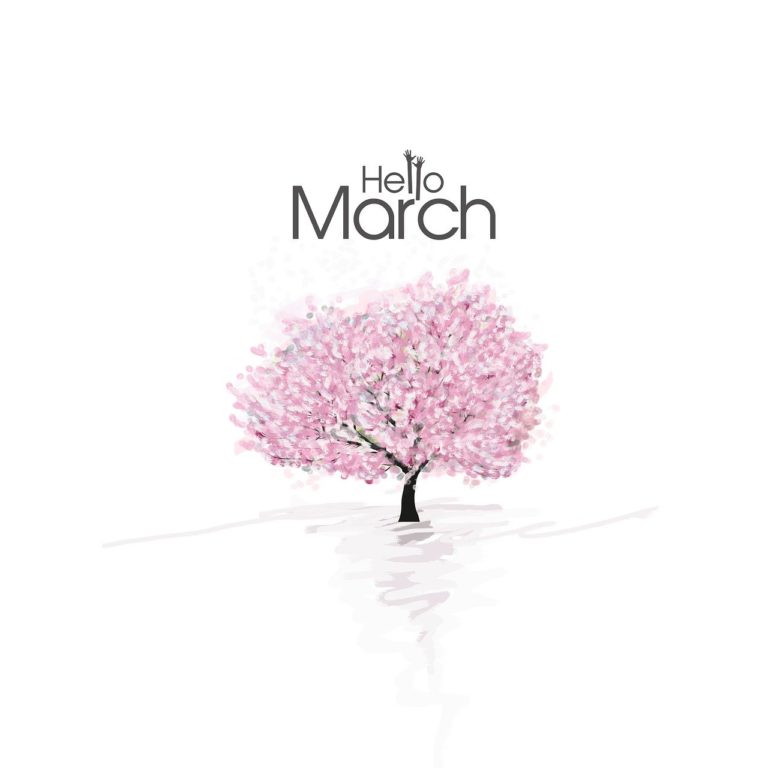 March is in the Air

March is here and so many things come to mind: “March Madness”. Who knows why this time of year is called “March Madness”? March is also the third month of the year, and as I sit here thinking about the meaning of March. Webster describes the word March as not only a month, but also as to “walk or proceed quickly and with determination”. For some, this year started on a high note and for others not so much. Some of us started marching with determination this year, but somehow we got discouraged along the way. This is a lesson to encourage us in our walk.

We read in the sixth chapter of Joshua the story of how God instructed the children of Israel to March around the gates of Jericho. “But the Lord said to Joshua, “I have given you Jericho, its king, and all its strong warriors. You and your fighting men should march around the town once a day for six days. Seven priests will walk ahead of the Ark, each carrying a ram’s horn. On the seventh day you are to march around the town seven times, with the priests blowing the horns. When you hear the priests give one long blast on the rams’ horns, have all the people shout as loud as they can. Then the walls of the town will collapse, and the people can charge straight into the town.”
‭‭Joshua‬ ‭6:2-5‬ ‭NLT‬‬ .

The key to obedience for the children of Israel was to march around city of Jericho for seven days. No matter what you face today, you may be on your first march around the city, or you may be on your third march but don’t lose hope. Keep marching. That stronghold in your life will fall down just like the walls of Jericho. The Lord has delivered you! Just stay in obedience and keep marching around the City.

“On the seventh day the Israelites got up at dawn and marched around the town as they had done before. But this time they went around the town seven times. The seventh time around, as the priests sounded the long blast on their horns, Joshua commanded the people, “Shout! For the Lord has given you the town!” Joshua‬ ‭6:15-16‬ ‭NLT‬‬.

In order to keep marching, we need to trust God, and sometimes we need each other for encouragement. If you had a chance to see the Olympic Marathon trials in Atlanta this past weekend, you got to see a great performance by Aliphine Tuliamuk and Molly Seidel.  As these two women were nearing the end of the race Seidel pointed out: “If we were going down we were going down together. There is no one I would rather get to share those miserable last 5 miles with”.(https://www.letsrun.com/news/2020/02/in-a-wildly-unpredictable-race-aliphine-tuliamuk-molly-seidel-sally-kipyego-earn-olympic-marathon-spots/)

Who do you have to encourage you?

We’re Cheering you on

This blog post was written by our HeartVision Media coordinator, Ms. Brenda. She is an accomplished entrepreneur, IT specialist, and Minister of the Gospel of Jesus Christ.